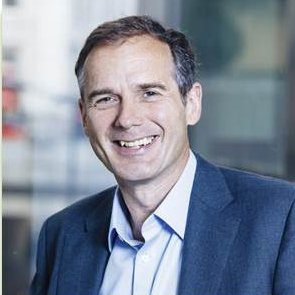 Matthew Grant has over 25 years of experience of building ground breaking analytics businesses for insurers. He founded RMS European office in 1996 and launched Abernite in 2016 supporting insurers and their partners in the effective development and use of tools for risk decision making. Matthew is one of our guest writers. 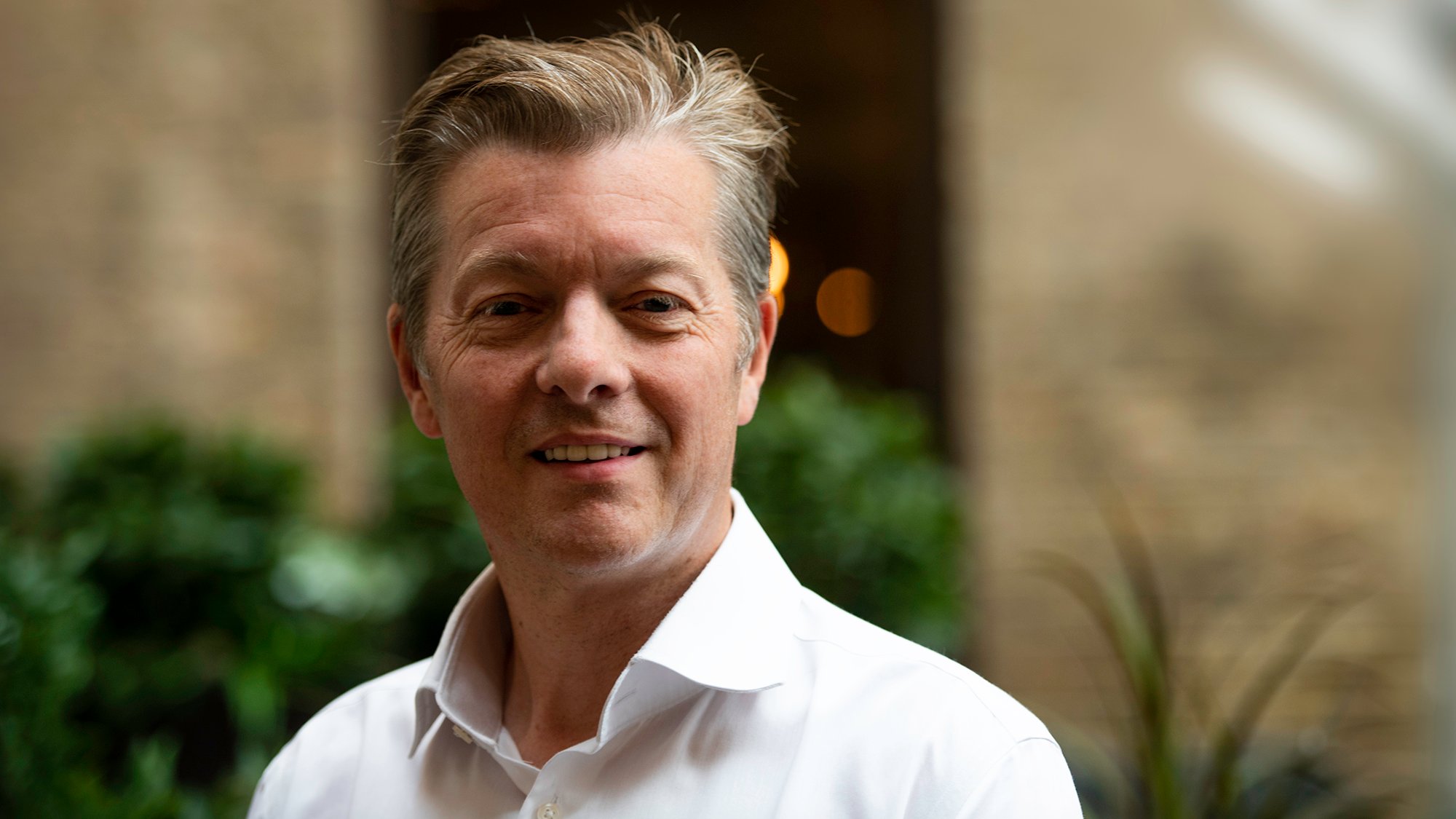 What was it that took you out of the safe world of employment into starting up your own company?

Back in 2011, I was working for Trimble as a corporate troubleshooter, going around and acquiring businesses and trying to turn businesses around. Sadly, one Sunday morning I got a call to say one of my colleagues, who did a similar job to me, travelling 40 weeks a year, had unfortunately passed away on a plane.

It made me sit up and realise that I had three kids and didn’t want that to be my story. So, I walked into my chief executive and said, "I'm quitting.” That's where Craig Hollingworth and I came together and thought there was an opportunity to create a company in what was then called the Internet of Things. At that time, we thought we'd create a lifestyle company.

For people who don't understand what a lifestyle company is, how would you describe that?

A lifestyle company is generally something that gives the founders the freedom to come and go as they wish without the pressures of being in a large corporate and a large target of revenue. That ‘lifestyle part’ didn’t turn out quite how we had intended.

What are the problems you're solving with Concirrus?

Our primary customers are insurers and we address an existential issue for them. In order for insurance companies to flourish, they need to sell products that are relevant and be able to sell those at a profit.

If you're looking to the marine market, the products are absolutely relevant, but there have only been two out of the last 15 years that they've been able to make money. That's not a sustainable situation.

What we realised is that we are existing in a world that is full of data. When we look at our customers, they want to make money and we believe the way for them to do that is to use this data.

The first area you've built a product for is Marine, which is traditionally one of the areas where it's been hard to get data.

We spent time in 2015, 2016 looking for a market where data already existed that we could get our hands on. We liked Marine, it's a global market and there was nobody else doing it. We just did what a good start-up should do - we stuck our flag right in the middle of the market we wanted to be successful in.

You're signing up some pretty significant companies. How do you get in front of the people that control the budgets and drive decisions?

Be relevant. For a senior executive - if someone comes to see them, if they can add value to the conversation and extend the way they think, that's good. We went out of our way to publish articles, blogs, to speak at events, to show we were trying to think through how the industry could change.

When we go to see a customer, we usually go with a theory of their business. Typically, if I’m going into a Chief Executive, I would have already spent time with other members in their team, so I understand their business a little bit. So, the conversation is useful, rather than going along and saying, “Hey, listen, we’ve got these features and these functions.” That's not usually what some of the senior execs are going to be interested in.

We never go into a senior executive’s office with the short-term goal of selling something, I just go in with the goal of trying to understand.

How does your main product, Quest, fit into the workflow of the users?

It changes the workflow, in some respects. We tend to think of value chains. One of the value chains is, the actuarial team then the underwriters, then the claims teams and we've mapped it out with a few others, such as pre-claim, and we have first certification notification of loss and claims managers.

We're trying to join these people up, rather than keep them in siloes. When we explain that to our customers and show the benefits, people are keen to adopt it.

You tap into some of the AIS (Automatic Identification System) data from shipping, and that's used to help characterise the risk and the portfolio management, as part of the underwriting processes?

Yes. We have an extraordinary data asset now, with more than 500 billion data records in our platform, with something like two-trillion data points. Everything from every vessel, where and when it was built, the characteristics of that vessel, who's owned it, who's been maintaining it, and we combine this with movement data.

We can give insurers a price and explain why that price exists and what it would mean to their portfolio. Whereas it might take an underwriter one hour, 24 hours, a week, to do that in the traditional environment, we do it in less than five seconds.

You've reported publicly a few partnerships where you're also using third-party data providers. Can you tell us more about that?

We don't originate any data ourselves. All of our data starts with us procuring other data sets. We have about 20 data sets from partners and we’re currently evaluating about 100 new data sets.

We test all of the data to see if it actually does give us additional insight in terms of improving loss ratios or understanding the predictability of claims.

There may be great sets of data, but unfortunately, some can be manipulated by the ship, such as switching off their transponder. More frequent data and higher resolution data could be interesting. We're starting to see the emergence of more information around cargo, with sensors measuring the condition, etc. As the cost of the devices comes down and communications get cheaper, we expect to see more applications for the data.

But, ultimately the challenge is proving that the data has relevance and is not a proxy for something else.

You've mainly been selling in the UK. Have you got a solution for companies operating outside of the UK?

Absolutely. Our products are being used internationally already today and they cope with multiple currencies, time zones, and languages.

We are looking to expand our geographic footprint as part of our series B funding, so you'll start to see us expand into North America, Asia, and Europe over the next couple of years.

In terms of developing your team, what is it that makes people choose to work for Concirrus, rather than going to a more conventional organisation?

There are very few times in someone’s career where they have an opportunity to impact a global industry at scale, and we're driving change in this industry. There's a palpable excitement about the value that we are adding.

One of the surprising things in the last six to 12 months is the number of applications we get from people seeking alternative careers, or people wanting to move from an insurer with some technology to a technology company that understands insurance.

It's interesting that you’ve been able to attract insurance people with really good analytics backgrounds, and some of those come from the underwriting world.

Some may call us Insurtech. I’ve never been a particular fan of the phrase. I think that all insurance companies are insurtech, they just may have the wrong tech. But, maybe the label does fit, because we have 12 people out of about 30 who come from an insurance background.

They will be digital natives who understand both, and by the time I am long retired, some of the team will have gone on to have quite spectacular careers in the industry.

There's a lot of concern about legacy technology that existing insurance organizations have. To what extent is that hindering progress in the industry?

There’s no doubt that the industry needs to refresh its technology platforms and change some of the processes. The industry will survive, but the players are going to change. How the market reinvents itself? I'm not 100% sure.

Part of the challenge with modernisation is that you are asking executives to make an investment that might take years to pull through. You are asking them to sacrifice their bonus to allow their successors to make their bonuses, and that's a really difficult ask for any individual. Having said that, I'm confident you could call any Chief Executive of any insurer and say, "do you think you need to modernise your infrastructure?” And they would say yes. This is not a question of knowing what the right thing to do is, it’s a question of short vs. long-term incentives.

You've got so much going on, fundraising itself is a full-time job. How do you balance all the commitments and still have time for your family and everything else?

Routine is a big part of my day. I'm a prolific reader and read anywhere between two to four books a week, whether they are paperbacks or audiobooks. I schedule specific activities for my train journey on the way home and I try to make sure that when I'm home, I'm home.

That goes for the company as well. We have a policy where we don't want people to work evenings and weekends. Occasionally, we might breach that because we have customer deadlines. The thing I've found to make that work is to try and make as many deliberate decisions as possible and not leave things to chance.

We’d also like to thank you for your support for InsTech London. A lot of people look at what you're doing and frankly, get inspired.

I feel very privileged to be in this position. One of the big lessons I've learned is if you can apply yourself with intelligence, diligence and a genuine desire to add value, you can achieve a lot.

The same is true if you're an organisation within InsTech London. I remember some of the early events where there were a dozen people milling around trying to work out what they were going to do. Now, you're having to go to bigger and bigger venues. If people expect change overnight, they are going to be wrong, but by applying diligence and belief to something, you can achieve lots. 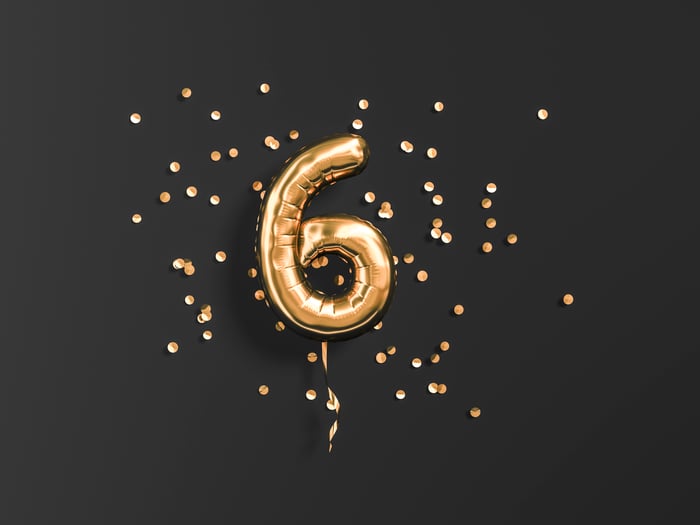 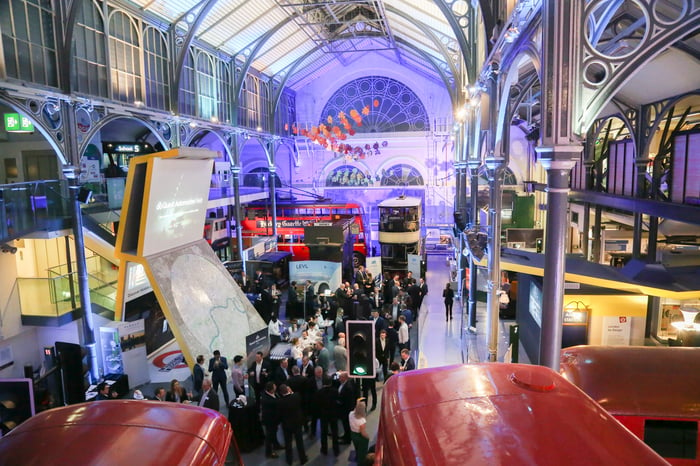 Seven weeks into my new role at Concirrus saw the launch of the latest innovation in commercial automotive insurance, Quest Automotive Fleet. Showcased at the London Transport Museum, over a hundred representatives from all areas of automotive... 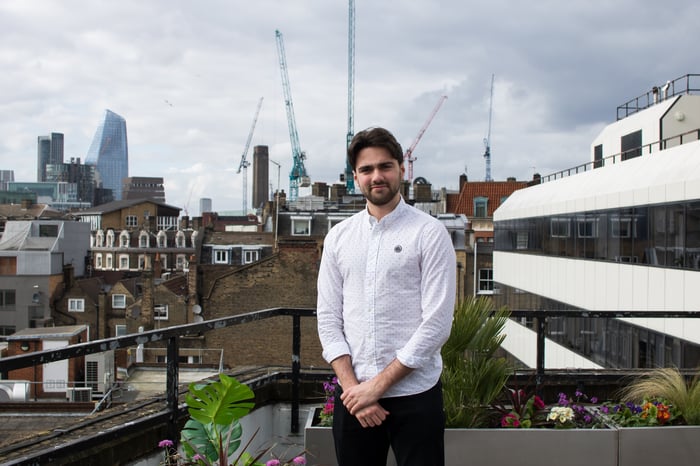