Joseph is the Marketing Manager at Concirrus, focussing on product and client initiatives. He has a background in digitisation and communications, delivering campaigns for new technologies in partnership with global brands. Joseph has a passion for innovation, its influence on evolving industries and how benefits translate to other markets.

The month that was Movember

Ten of Concirrus’ brightest came together for 30 days to raise awareness for Movember, which does amazing work around men’s mental health, prostate and testicular cancer. We had representatives from every team within our ever-expanding company, each opting for their own style to drive donations. We’re extremely proud to say that together we raised £1,215 which is a fantastic achievement!

Over the month we saw a multitude of efforts coincide with facial delights. Particular credit goes to Sam Roberton, who provided a sweet incentive to the team member that could correctly guess the weight of this epic cake made by Sam Jam's Kitchen. 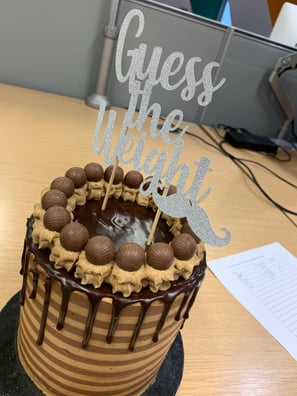 The winner, Pablo, was kind enough to share his prize with the rest of the team. It’s fair to say it didn’t last long!

The final day saw individuals crowned in the official awards ceremony which recognised the unique characteristics of our special team. Our very own Social Officer, Hannah Freeman, did the honours.

Finance isn’t often credited with having the wildest side, but the epic results Bigy was able to achieve led to him taking away the first award of the afternoon. We know his talents with numbers had something to do with it, but instead of prying, we’re keeping it a mystery. 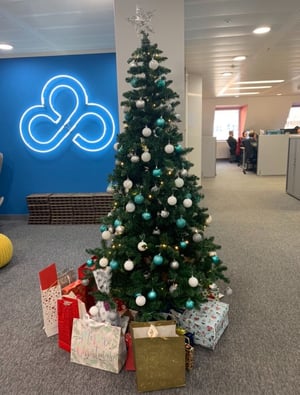 James immediately embraced his own teams’ assertions that he was changing into an iconic Simpsons character, a sense of pride which he maintained throughout Movember. It was deemed worthy of recognition, seeing him take the second award unchallenged. 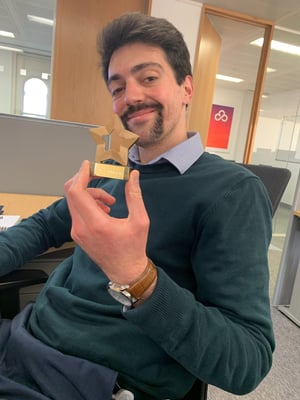 Mustaches were once a source of power for TV cops and immortal 70’s stuntmen. This award was gifted to the one who could go back in time and not look out of place. The winner was yours truly with an ever-thickening set of handlebars. The trophy has pride of place on my desk for all to see. 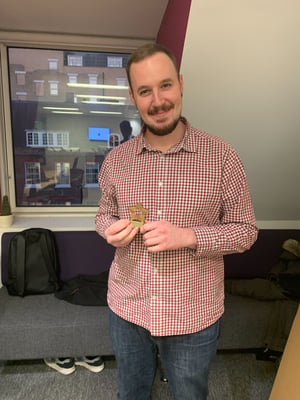 Sam Roberton offered up the most contemporary and stylish transformation over the course of the month. He pulled off the best use of facial gifts with a clean look that earned him the fourth prize of the afternoon. Sam also gets a special mention for providing us with epic Movember themed cupcakes later in the day. 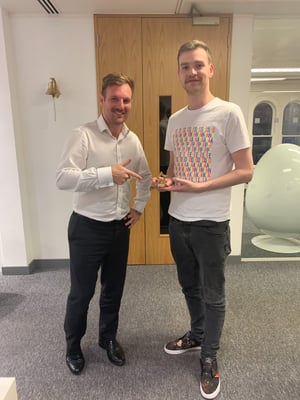 Hands down the most important accolade of them all. It was a close draw, at the time of the ceremony, Mark Sherman edged out Ryan Matthews by £5. However, minutes later, Ryan took the lead having raised a total of £250. Credit goes to both gentlemen, who by all accounts inspired many of those around them to contribute to the cause. They both get special mentions here and acknowledgement from their fellow ‘mo bro’s’ in their efforts.

A huge thank you to all who supported us throughout November. The motivating messages and donations received both within Concirrus and externally has pushed us forward and ultimately led to a great total for a great cause.

It’s not too late to show your support! Click here to donate and view our 2019 mustache hall of fame. The tool of a new generation of Underwriters

Max Bautin, deep tech investor come adrenaline junkie, has been a Non-Executive Director on Concirrus’ board since his firm IQ Capital invested in mid 2018. We caught up with Max to get his advice for early stage entrepreneurs and, if it were... 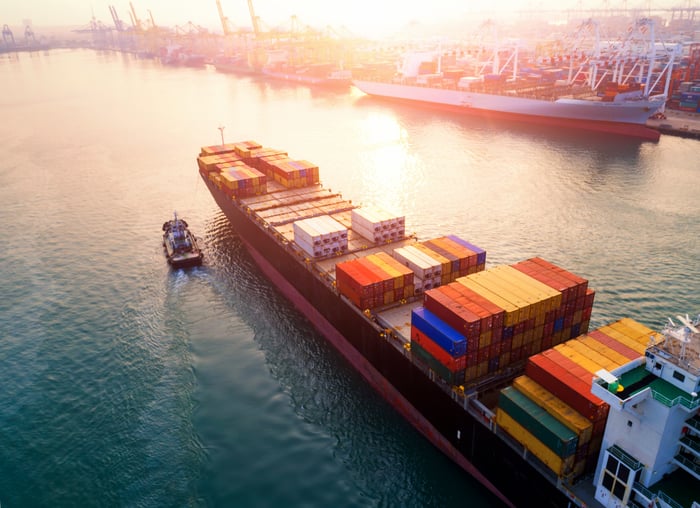